Why social media matters to your TV advertising - On Fire Marketing
16575
post-template-default,single,single-post,postid-16575,single-format-standard,ajax_fade,page_not_loaded,,qode_grid_1300,footer_responsive_adv,wpb-js-composer js-comp-ver-5.0.1,vc_responsive

Why social media matters to your TV advertising 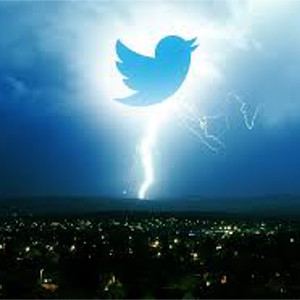 10 May Why social media matters to your TV advertising

It’s a word that’s become ubiquitous over the last few years… Twitterstorm. If you don’t know what it means, it’s the unleashing of a collective anger on social media against a person, group or company. It usually follows something distasteful or offensive that gets noticed, gains momentum online, starts trending and voila! Twitterstorm.

There have been loads over the years, but there were two in quick succession this year, United Airlines forcibly removing and injuring a paying passenger and Kendall Jenner’s Pepsi ad. If you’ve not seen the Pepsi commercial, the story is simple. A culturally diverse group of creative people, such as a cellist and photojournalist come together in protest. Along the way, the aforementioned cellist with impossibly good looks winks at Kendall Jenner, who happens to be on a nearby photoshoot. Jenner joins the protest that runs into a line of armed police, but skips out to present an officer with a Pepsi, who drinks it, shrugs and smiles, diffusing the tension and turning the entire protest into a party.

Pepsi admit they ‘missed the mark’ but the ad was accused of being ‘tone deaf’ and cashing in on the Black Lives Matter movement. The ad even features an almost identical recreation of a photo of a female Black Lives Matter protestor being arrested by two officers in full riot gear. That shot was recirculated with predictable ‘She should’ve given them a Pepsi’ comments.

She should have brought a Pepsi pic.twitter.com/efxRXekSGZ

How did this happen, though? Pepsi upset an AWFUL lot of people but the ad concept is simple – put Pepsi in the middle of a situation showing the end of conflict between opposing sides and different races. As Pepsi said themselves – a “coming together in a spirit of harmony”.

Oddly enough, Coca-Cola released an advert 30 years ago with a vaguely similar message.

The cringeworthiness of putting Coke in the hands of young people and suggesting their fizzy drink has anything to do with the collapse of oppressive regimes is only outdone by the artificial sweetness that inspired the ‘Coca-Cola Hymn’ bouncing off the Cathedral walls.

So what’s the difference? Why did Coke get away with it while Pepsi were forced to apologise and delete all references to the ad from their website and social media?

The answer could be social media itself. The Coca-Cola ad aired in late 1987, when there wasn’t even a public World Wide Web, never mind social media. Even if you were incensed by the message in the Coke advert, the chances are that your ire wouldn’t boil away for hours and hours until you met your friends in the pub, or saw people at work the next day. Even if you were still reeling enough to talk to friends who’d also seen it, the chances are that even if they felt as you do, they’d have also had a lot of time to calm down about it. Time is a great healer.

Time was not on Pepsi’s side. We’re now in the age of being constantly connected to the web and social media. Many people offended by Pepsi’s ad will have watched it on the very devices they then used to complain about it to like-minded people. The anger is then reinforced, until it spreads and spreads until it starts to affect people who may not have been particularly upset about it initially. It then gets noticed by media outlets, who report it elsewhere, which sends people to find it, who then tweet about it and voila! Twitterstorm.

In years gone by, terrible adverts would’ve taken weeks or even months to filter through market research groups and sales figures. Now we’re all connected by the web, there are very few barriers between an ad appearing in one place and being available globally. For a multi-national company like Pepsi, even if the ad wasn’t considered offensive in one place, it could quickly find ways to places where it was, presenting a real reputational damage risk. It’s also worth noting that when Coke’s ‘Tomorrow’s People’ ad was made, they created multiple international versions, in Korean, Chinese and Filipino.

Lots of people have a sense that TV ads and social media are two very different animals, but social media has permeated almost every aspect of a company’s presence. Regardless of whether or not you think your advertising has anything to do with your social media or even customer service, to customer’s eyes, your logo and company presence is being carried around in their pocket constantly, literally seconds away from letting you know what they think.