Thanks John Lewis, but you can stop now… - On Fire Marketing
16467
post-template-default,single,single-post,postid-16467,single-format-standard,ajax_fade,page_not_loaded,,qode_grid_1300,footer_responsive_adv,wpb-js-composer js-comp-ver-5.0.1,vc_responsive

Thanks John Lewis, but you can stop now… 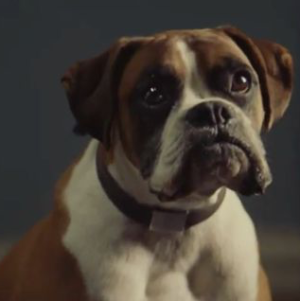 Posted at 20:57h in Marketing Musings by Dave
0 Likes 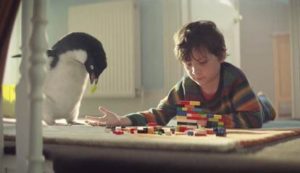 Well, it’s that time of year again… John Lewis are about to fire the Christmas starting gun with their festive advert. It’s now such an annual event that this year has seen ‘teasers’ featuring a dog watching a child jump on furniture with the hashtag #bouncebounce.

There are already thousands of hours’ worth of blogs and opinion pages on why John Lewis’ ads are so successful, but there’s something else to consider. Their seasonal campaign avoids retail, purchasing and consumerism; instead it feels like a video mood board of heartfelt positivity, tied to a stripped-down piano track to stir up the fuzzy feelings. The most unfortunate side-effect of these ads has been… the imitators.

The key to John Lewis’ success is side-stepping vulgar ‘Buy It Now!’ messages and connecting with abstract festive positivity. The problem is that in doing something well, others will take your idea and run away with it.

Do we remember this advert for Facebook? The world’s biggest social media site took to traditional media to entice new users, but their reputation as the home of cat videos and endless Candy Crush requests wouldn’t do them any favours. Instead they took John Lewis’ cue and used a piano cover of The Cure’s Close To Me, ignoring the actual user experience of mumbling “Mute… hide post… delete friend… turn off notifications”, instead focussing on the traditional idea of ‘friends’. Facebook’s ad doesn’t actually feature a single laptop or mobile device, showing how a little touchy feely piano can whisk away reality and instead implant an entire series of values that don’t necessarily relate.

We won’t blame Facebook for their misty-eyed ad that shuns the much less glamorous reality of sitting in the dark, drunk messaging friends and stalking your ex’s holiday photos. Pinpointing the benefits of the service to support your real life by arranging fun things like bowling or camping is far more appealing – and it’s one that’s been taken by another ad currently on British TV.

Lloyds Bank were never going to engage new customers by showing products. Even the most generous 1% interest current account with a 4% ISA and base-rate tracking mortgage won’t excite anyone.

Instead, they focus on life-changing themes like birth, new love, marriage and even death; themes that almost everybody recognises from their own life and it places them central to customers, despite that involving your bank in the birth of your child is a slightly creepy concept. Financial services is a very dry subject, but has been overwritten by using metanarratives and is suddenly engaging thanks to the re-worked piano tinkling of Mad World.

These two brands are by no means the only ones using soulful piano to tug at the heartstrings. Littlewoods used Myleene Klass at a Steinway in the snow in 2015 and Sky HD+ had an offering supported by Vladimir’s Blues in 2011.

The key difference between these ads and John Lewis is that Britain’s favourite retailer shuns the voice over invariably used as exposition by other brands, letting the action tell the full story. In some ways this is more powerful, as it makes the viewer piece together their own conclusions – although the message is never too complex, it’s a more rewarding viewing experience.

It has, however, been 7 years since John Lewis’ first piano-ad (here if you need a refresh) that evoked the emotional, child-like wonder of Christmas over a consumer push and between the stock format and the imitators, it’s starting to feel (horror!) stale.

At this point, it remains to be seen if John Lewis have shaken things up to stay at the number one spot of Christmassy warm fuzziness, but every brand looking at ‘by the book’ festive advertising should always remember that every book eventually has a final page, where the story stops and there are no more surprises.