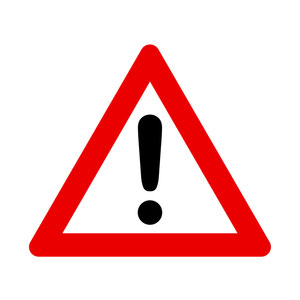 Posted at 20:27h in Marketing Musings by Dave
4 Likes 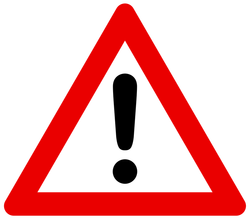 If you’ve seen the news recently, you’ve probably noticed a bit of a backlash on a Government update to teachers instructing them on best practice for teaching young children how to use exclamation marks.

In principle, many people support the idea, imagining that it would do something to curb the perceived ‘interminable internet speak’ of the younger generation, who use sentences such as “OMG! Totes just bought bagels!!!” and other such drivel. The main problem is, however, that the advice from Government was completely wrong!

In short, teachers were told that pupils should only be marked as ‘correct’ if the exclamation mark is used in a clause that begins ‘how’ or ‘what’. The general response from teachers was “What a load of insert colourful swearword!” – at least allowing them to mark their own derisive comments as correct using the relevant punctuation.

Teachers point out that English is rarely so prescriptive, even as Standard English that many believe should be the aspiration of English language students.

Could a second glance at the guidance from Ministers show that it’s even more short-sighted than it first appears?

For years, native English speakers have looked down on campaigns like those undertaken by L’Académie Française to deny the existence of certain words, such as ‘week-end’ and ‘sandwich’. The real arbiter of language is usage, if people commonly use and understand the meaning of a word, then it’s a part of the language. Language is a living, evolving thing that can change in a very short space of time – explaining how words like ‘wicked’ can be accepted as having two separate and contradictory meanings.

What should be perfectly obvious is that writing and the written word is more and more common. Between email, text and instant messaging, blogs, social media and online reporting, the amount of writing we see every day is only increasing. Now while some would argue this means the rules of grammar should be more rigidly observed, there’s a counter argument to say that such archaic insistence on syntax and punctuation is counter-productive.

The problem with the written word is that it’s a distillation of meaning; what appears is simply the words that make up the sentence but without the useful tone, body language or any number of other signifiers that help to infer the true meaning. Put very simply, the exclamation mark is an exceptionally useful tool to convey the intended meaning, be it shock, surprise, fear, anger, incredulity or even help to show volume in writing and signify shouting. The more that we communicate in writing, the more important it becomes to make sure the intended meaning is the one taken by the recipient of the message.

Although ministers may not like the idea of the overuse of the exclamation mark and want to take steps to prevent it, quite simply it’s a very useful tool and one that is widely understood. Even if Parliament were to pass a law against its overuse, they are – quite simply – utterly powerless to prevent the change and evolution of how we use our written characters, especially when they can be so useful. Of course, there is an alternative… we could always campaign to have smileys or emojis added to the Oxford English Dictionary to show when we’re being sarcastic 😉