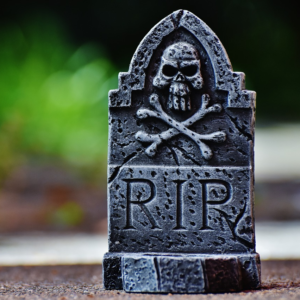 Posted at 20:21h in Social Media by Michelle
0 Likes 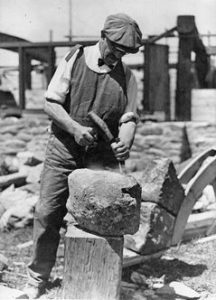 If you’ve been on Twitter recently, you’ve probably seen some reaction to Twitter’s ‘algorithmic timeline’ announcement. The reaction has been overwhelmingly negative, although it could be that those who like it or don’t care are too frightened to speak up!
The real question is “what is going on?”

For those unsure, it’s simply that Twitter is considering changing how you see updates. Currently, tweets appear in a constantly updating stream with the most recent at the top, but Twitter is thinking of using an automatic process – the algorithm – to decide what’s most relevant and move it to the top of your feed. Tweets deemed unimportant are moved down or potentially moved out of your timeline altogether.

For Twitter, it makes a lot of sense. Since it launched, people have loved short, sharp updates delivered in quick succession, focussing on the most up-to-date. However, it’s meant that Twitter has struggled to make big money – nobody is willing to pay for content that could disappear to the bowels of customer feeds in 15 minutes, never to be seen again. If Twitter can re-organise by ‘relevance’, it could theoretically get repeatedly boosted back to the top of the feed as more people see it. Companies are far more likely to pay more if reach and longevity increase.

It could also be to do with how we use Twitter. In 2008, Twitter was like a big message board, used by friends and social groups. Now our feeds are a mix of brands, celebs, friends and colleagues – following hundreds or thousands of accounts isn’t uncommon, meaning you can never read all your followed accounts. To combat this, some accounts tweet every few minutes to stay at the top and Twitter may be hoping to focus on quality, not quantity, to prevent the deluge of content to try and stay current.

Seems fair enough – do they have a point?

They may be onto something; Facebook brought in algorithmic feeds years ago that were similarly reviled. Account deletion was a common threat, but as we all know, it never happened and Facebook is incredibly profitable. Brands now pay huge sums in advertising to overcome the oft-quoted 0.07% organic reach stat and Twitter may believe the same could happen for them. They hope users will love their valuable, prioritised feed over the out-of-control ticker that’s just too big to keep track of.

Could there be any downsides to changing feeds?

It’s possible that mimicking Facebook may hugely backfire. Although Facebook is (by far) the biggest, it’s also the most hated social network. The key of their success appears to be that they’ve already reached a self-sustaining mass that can weather most storms. It’s worth noting we now use Facebook entirely differently. Anyone who had Facebook pre-2008 will remember posting a dozen times a day, as well as throwing out 30 pokes and the odd sheep (who remembers those?!) Oversharing is now is a mute-worthy offence, leading to a drop in engagement – not something a social media company should aim for!

Twitter, by default, has something Facebook is desperate to have – contemporaneous content. Just in time for Super Bowl 50, Facebook launched Sports Stadium; a virtual stadium to use while watching the big game. Getting fans to use Facebook as their favourite ‘second screen behaviour’ is enough to send Facebook bigwigs drooly and weak-kneed just at the thought. Their problem is, thanks to algorithmic feeds and the way Facebook forced users to change their behaviour, it would be impossible, hence the need to create another section to the platform to gather posts, stats and update to broadcast to users in real-time.

As it happens, Sports Stadium failed on Super Bowl Sunday. The service didn’t update – not only in real time, but at all. Seven minutes into the action, Sports Stadium still said it was yet to start. Touchdowns went unreported, some users couldn’t even connect and the majority of posts regarding it said only “Back to Twitter I go!”

Twitter is (currently) up-to-date by default and the instant choice for events that update frequently. Nobody would post a running commentary of the Super Bowl to Facebook as a) it would show in the wrong order and b) they’d have zero friends by the end of the day! Facebook engineered users to act this way and may have to live with Twitter being the network of choice for current affairs. Nobody would live-update something as important as 2011’s Egyptian uprising on Facebook; Twitter automatically has the required authority and trust for breaking news.

Twitter’s USP revolves around being short, sharp and up-to-date. It’s up to them if they want to make changes to be more profitable, but potentially, they could make the user experience very similar to Facebook and in pure numbers alone, Facebook is already light years ahead. Twitter occupies a very special place and by attempting to make more money, they could lose on all fronts; losing trust and never catching up with Facebook that simply dominates from an unassailable market position.