How to handle your social media when most of your customers want your blood - On Fire Marketing
16429
post-template-default,single,single-post,postid-16429,single-format-standard,ajax_fade,page_not_loaded,,qode_grid_1300,footer_responsive_adv,wpb-js-composer js-comp-ver-5.0.1,vc_responsive 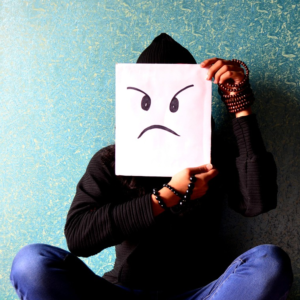 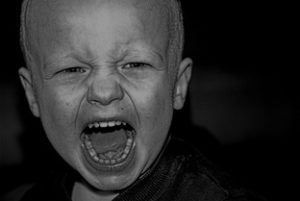 There are a number of things that people get passionate about, ranging from stamp collecting to Star Trek to One Direction. Incurring the wrath of a ‘philatelist’ (the posh name for a stamp collector) won’t cause any worries and can easily be swatted away, along with the heavy sarcasm favoured by Trekkies. One Directioners are a little scarier on mass when you upset them, but apart from the odd egg thrown at your window, they shouldn’t affect you or your business. The problem comes when your business depends on passionate people and you do something instantly offensive to almost every single one of them.

For those unaware, we at On Fire count ourselves as part of the craft beer community, which as a group, sits somewhere between Trekkies and Beliebers. For huge numbers of craft beer fans, big breweries are akin to the Devil’s work. Faced with a choice of mass-produced beers such as Miller, Coors or Budweiser – and their ‘Lite’ varieties – many would rather find themselves sitting in front of a glass of orange juice.

Craft breweries defend their independent credentials fiercely and woe betide those to transgress the commonly held sensibilities! Brewdog, one of the larger craft breweries, famously refuse to deal with smaller brewers who sell out to larger companies. Former craft producers like Elysian, Lagunitas and Goose Island are effectively declared ‘Dead To Me’ and both their bars and a significant majority of their customers will shun any brewery that betrays the independent beliefs held so strongly.

The most recent to do this has been Camden Town Brewery, which last month ‘partnered’ with alcohol behemoth Anheuser-Busch InBev (AB InBev). Camden’s website states it will allow growth and expansion, letting them bring high-end beers to greater numbers, in exchange for Camden becoming a subsidiary wholly owned by AB InBev.

Regardless of the merits of such a move, Camden Town have gone from being in the bosom of the community to definitely outside it. A number of companies would see this as ‘sour grapes’ and say nothing more; after all, being bankrolled by a multi-billion dollar parent helps remove lots of concern about upsetting your old niche audience.

What Camden Town did, however, was exceptionally brave. Those who wear the title ‘Beer Snob’ as a badge of honour took to social media to berate and lament the sell-out company. Instead of sheltering from the Twitterstorm, Camden Town replied to tweets that ranged from disappointed to critical to quite rude. They attempted to explain the business decision and reassure fans – all in 140 characters. Queries about beer quality were advised that it would only increase the amount of beer produced. Some sharp questions about the business practices of the multinational were answered as being ‘business as usual’ as far as Camden Town are concerned. They also answered by speaking of their future plans, brewing more high-quality beer.

The brewery tried to keep everything grounded, responding flatly and very matter-of-fact to a number of challenging tweets.

We’re going to continue to brew our great beer and innovate. You got us here, and you should be proud! https://t.co/2DAy2nV2gI

It’s business as usual for us. https://t.co/XDHfA5tf8K

Hey – We’re only doing what’s best for our business. https://t.co/x7oFJTvT7x

Viewed like this, partnering with AB InBev seems eminently sensible. You increase your ability to brew in large volume and can access far greater distribution channels. Free of the worry about your immediate financial situation, you can plan for the future.

Whether or not it’s a good business decision remains to be seen. The brewery are determined it won’t affect their business models or their standards; craft beer devotees are all but certain that AB InBev will ride roughshod of the principles that created great beers. What is for certain is that some beer drinkers will never touch Camden Town again, refusing to give money to an Evil Empire Brewery, but by using their social media openly and genuinely, they may keep a number of their fans onside – thus proving that proper use of social media can keep at least some of the people happy some of the time.